Celebrating a centenary plus ten with New Zealand’s oldest citizen 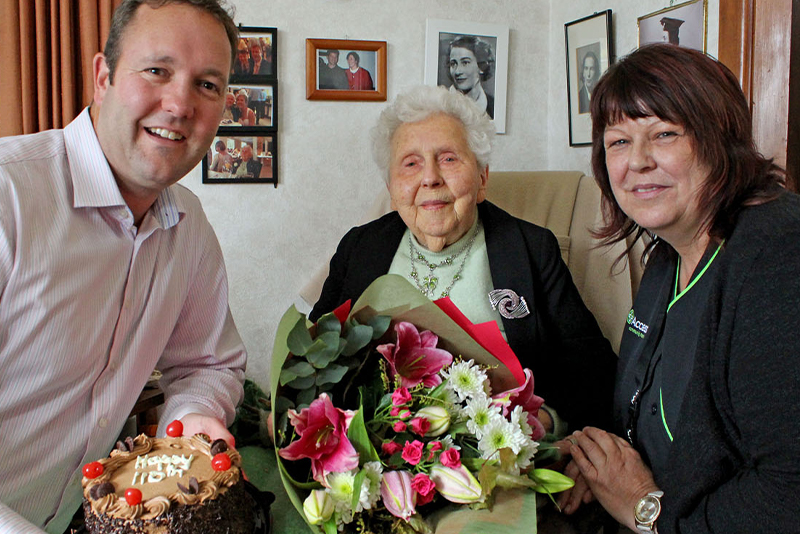 We recently met with NZ’s oldest citizen in her own home, following her 110th birthday. Discover what it’s like to be 110 years old.

The smooth complexion, full face and bright blue eyes belie a remarkable truth about Upper Hutt client Madeline Anderson. Looking a good 20 years or more younger it’s hard to believe Madeline is New Zealand’s oldest person at 110 years old. Born in Dunedin, May 4 1907, to one of New Zealand’s early Polish migrants and his Scottish wife, she is the eldest and last remaining of four daughters. Madeline was already 20 years old when Access Community Health’s founders established our home care service 90 years ago.

But it’s not just her physical appearance that makes her seem, albeit relatively, younger. Her mind is sharp as a tack. She has a gentle though independent spirit that emanates through in her choice of decoration, adherence to her schedule and even the jewellery she wears.

Sat amongst walls of paintings and old family photos, her home is an archive of her personal history. The small picture above her proclaiming ‘God bless this home’ certainly rings true for Madeline, who has always had strong faith. But you don’t travel a journey of over a century without trials and tribulations.

‘I’m lucky to be here really,’ she tells us when we visited her following her birthday. ‘I had a terrible accident when I was ten years old. We had a horse called Billy who actually wasn’t very nice. He would bite you when you tried to feed him. While Billy was pulling our gib, which was a seat with a small platform for your feet, he stumbled. I fell off and we think the wheel went over my face. My whole jaw was broken and I had teeth hanging down my face. I must have looked a terrible fright. I had to get a train to Dunedin where a surgeon who had war experience fixed me up over a seven hour operation. That was followed by a six hour one the next night. But, you’d never notice and it’s never caused me any trouble,’ she finishes cheerily.

With such clarity of memory we all sit wishing we could listen to her stories for hours. But at such a grand age Madeline does tire. So how does one spend a 110th birthday we ask, looking at the many ‘Happy 100th’ cards adorning the mantel piece with ‘+10’ added in pen. ‘I had a big party in Trentham Race Course. Over 100 people came. My nephew sang ‘You will never grow old, while there is love in your heart’ [Nat King Cole]. He is a farmer who has five racehorses and sings in a choir in Wanganui. None of us had ever heard him sing before but it was lovely.’

‘As I came into the room everyone sang Paddlin’ Madelin’ Home.’ [Harry M Woods, 1925]. How appropriate that lyrics refer to Madeline and home. That’s the key thing for Madeline. Not just that she is 110 but that she is still living in the same family home she first moved into 68 years ago. The last time Madeline had to concern herself with removal vans was the same year the Queen and Prince Philip got married! That’s really quite incredible.

But as much as the paintings of family, artistically rendered by her late sister, show a home filled with family and love, it hasn’t been pain free. ‘I lost two children,’ she tells us. ‘One son was knocked down on the road. He was only seven. My other son was concussed playing rugby and then drove into a lamp post. He was 21.’ Madeline is survived by her daughter living in the Wairarapa and her grandchildren, spread far and wide. But for Madeline family encompasses a very large network of close friends and neighbours who all pull together to keep an eye on her and help out.

As we all sit drinking coffee and enjoying some of the vast amounts of cake she has received, along with enough flowers to fill a garden, Madeline shows us some of her birthday cards. Cards, embossed with foiled crests from Governor-General Dame Patsy Reddy, Prime Minister Bill English and of course, the Queen, Elizabeth R, sitting in inky black script inside. Ironically these cards sit on the table though, to make room for the ones from family and friends.

There’s a knock at the door which is answered by neighbour and close friend Cynthia. ‘I have lots of people visit me. I like seeing people and it helps keep me here’, Madeline tells us. As we wrap up our visit we have to ask that all important question. Does she have a secret to long life? ‘There’s not really any secret. But be happy, filled with love and don’t worry about things. And have a harmonious home’, she shares with us. ‘That keeps me out of one of those rest homes. I’ve never wanted to go into one of those’. And that, we reflect happily, is ultimately why we are here. Knowing the role Madeline’s Access support worker and nurse visits play in her ongoing independence assures us we’re doing something right. We’ll see you for your 111th birthday then, we tell her as we leave. ‘I can’t promise anything’, she replies with a soft smile.

Madeline with her card from the Queen. 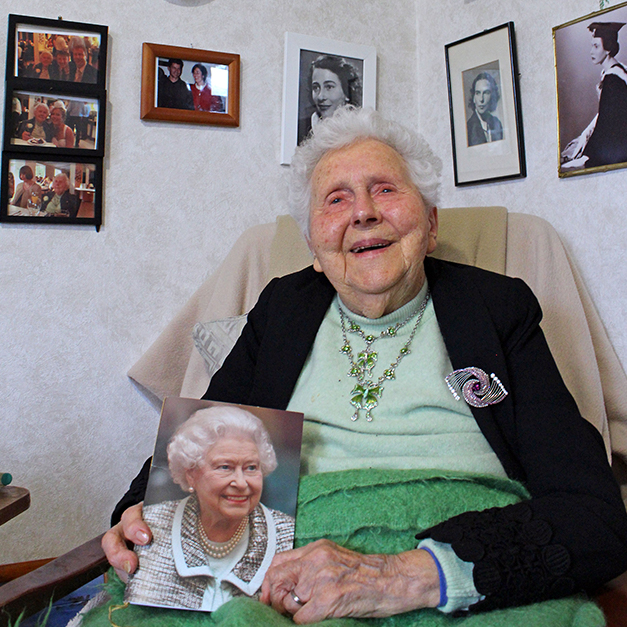 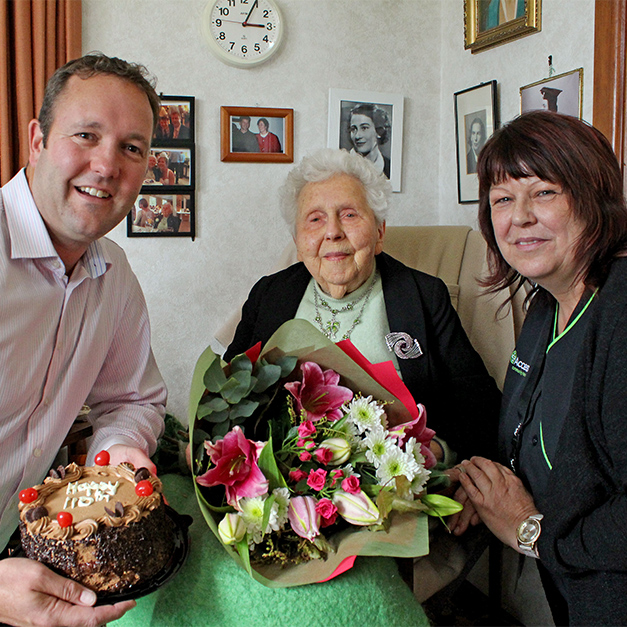 Covid 19 Vaccines were designed to protect New Zealanders (and the world) from Covid-19 and are subject to rumor, suspicion, and misinformation. Stuff, in partnership [...]